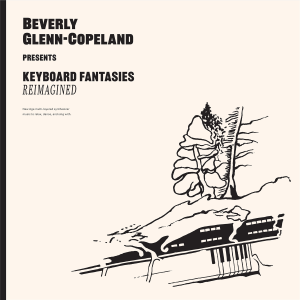 The remix album and reissue of the original work follows the Autumn 2020 release of Glenn’s album, Transmissions: The Music of Beverly Glenn-Copeland. Transmissions was a career-spanning album that includes compositions from his early works including selections from Keyboard Fantasies. It also included both new and archival unreleased tracks and live versions. This collection marked the first new release from Glenn-Copeland since 2004. The New York Times called it a “life-spanning mixtape that moves from the mournful torch songs of his youth to joyously soulful odes to survival.”