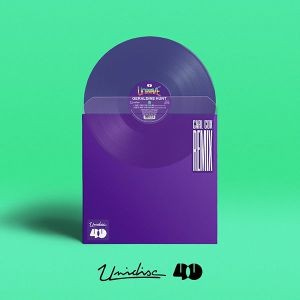 Geraldine Hunt's 1980 classic "Cant Fake The Feeling" gets the remix treatment from none other than Carl Cox. Featuring 2 new mixes from Carl plus the original and the highly useful dub.

"Can't Fake The Feeling" held the #1 spot of the Billboard Dance chart for several weeks in 1980 and sounds as fresh as ever... Carl Cox needs no introduction with a career dating 4 decades and still going strong. Oh yes.

Matt says: Coxy gets his mitts on this upper echelon disco totem. He doesn't do much to it other than straighten out the arrangement and add a thumpin' kick, for an Ibiza-friendly terrace workout that's sure to please the masses. Thankfully it also includes the original AND the dub - so this is one bumper package of this truly great moment of disco history.

Swansea SoundLive At The Rum Puncheon

The Goa ExpressEverybody In The UK