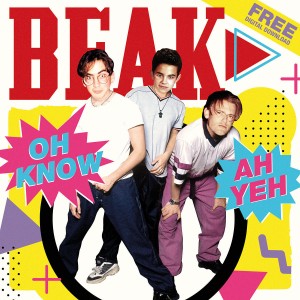 ‘Oh Know’ was originally released as part of NRML Festival in Mexico City as a music video release by Echo Panda Films.

Barry says: They do a stunning 7" Beak do, I remember 'Sex Music' getting a hell of a playing in the shop, and this newest outing is sure to go down just as well with a motorik backbeat perfectly laying the foundations for the syncopated groove and echoic vocal squawks. Filthy.