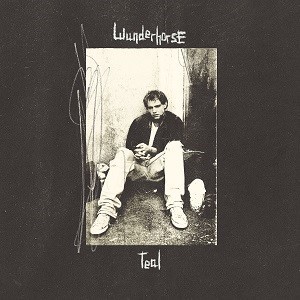 Wunderhorse announces a debut single, Teal. It is streaming now via Yala! Records.

Wunderhorse is the alias of British musician Jacob Slater. Jacob fronted The Dead Pretties, a London band who arrived in a haze of hedonism and hype, bowing out before the dust had time to settle. Blink and you’d have missed them.

This new project arrives no less frenetically. Teal is a feral, romantic, visceral, chaotic and enchanting cacophony of sound that contradicts itself with each sleight of hand and change of chord. A rare, raw and assured talent, Teal is an urgent fever-dream of a number, tumbling downhill with the brakes off. Belligerent and unblinking. Arthouse indie-rock, but without the connotations. It’s one of those.

If this all sounds exciting that’s because it is. Teal is one of those tunes that has a rare ability to define the very moment in which its heard and forever associate itself with the memories long after. Time-stamped yet timeless. If there’s any justice, it’ll soon be played out live in sticky basement rooms up and down the country, limbs everywhere, sweat dripping from the walls. An absolute mess, but what a beautiful one.

There will be more from Wunderhorse, but for now this is Teal. Play it again, but play it louder.

A: Teal
B One For The Pigeons