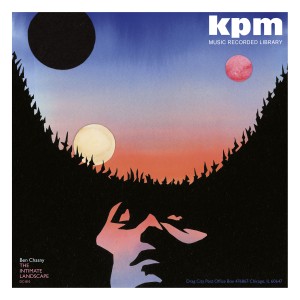 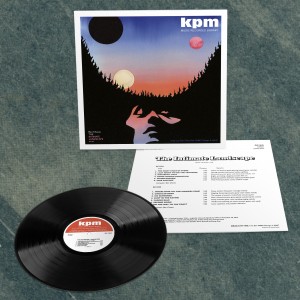 At the invitation of KPM Music, the wizard of Six Organs of Admittance steps behind his acoustic to produce a new instrumental guitar set. Library music, or deeply personal essays on a formative instrument? Under his fingers, Ben plays it both ways, making simply beautiful music that spans beyond the limits of folk, ambient and soundtrack music.

A new instrumental album of acoustic guitar playing from Six Organs of Admittance’s Ben Chasny! Everybody knows it’s been far too long since 2004’s much-beloved For Octavio Paz; even as the landscape has crowded with acoustic players, we’ve all been dying to hear Ben’s distinctive virtuosity again in this format. But The Intimate Landscape is so much more . . .

KPM Music, the legendary British library music company, extended an offer to Ben to make some songs for their library. Well aware of their history, he immediately agreed. The field of library music (music made for hire, for use in placement in films and advertising) is one that’s come to public consciousness only relatively recently in the long century of record-making, but the influence of such records has been felt for years in the aesthetics of many diverse artists, including several who’ve recorded for Drag City. So it’s a special thing for Drag City, whose appreciation for Ben’s unique artistry has been borne out over a countless variety of releases, to issue this really amazing entry in both the KPM Music tradition and the ever-expanding Ben Chasny/Six Organs of Admittance ouvre.

Ben chose the acoustic guitar for these recordings after considering the width and breadth of possible music he could make for the occasion. His approach while playing it was simple — deceptively so: to make music as present and immediate and beautiful as possible. This type of playing requires a deep breath before beginning, as it has to generate from within, as well as at the fingertips.

The resulting music is inventive and engaging, both in and out of the astral style of Ben’s music and the utilitarian genre of music to which he’s contributing. The album’s title — The Intimate Landscape — is a clue to these dual intentions, as is Ben’s use of his given name rather than the 6OOA alias he has preferred in his career. These songs manifest lovely themes played on acoustic guitar, recorded with spacious, almost pastoral ambiance; richly evocative pieces that can fill the multiple purposes of any sound library around the world. When paired with their titles, however — such as, “Last Night to Use the Telescope,” “Circular Road,” and “On the Way to the Coast” — these pieces are profoundly re-contextualized as potent personal expressions. So too are the songs with titles like “Water Dragon.” “Star Cascade,” and “Dust In the Ravine.” Two decades-plus into his life in music, Ben’s got the craft and ability to make music that can be encompassingly heard as intimate AND universal.

Going for melody, Ben employs a relaxed technical facility, supported by a few guitar overdubs, plus several well-placed synths and a passage of wordless vocalizing, accessing the murky depths of his reservoir of spirituality while hand-spinning irresistible sonic candy at the same time. This is a greatly engrossing listening experience, regardless of what the listener’s intentions are.

Given the rarity of such lovely acoustic essays from the fingers of Ben Chasny, and thanks to EMI and KPM Music, we’ll find ourselves returning to gaze over The Intimate Landscape often, for many years to come.

B
Where Have All The Summers Gone?
Circular Road
Six Diamonds
Dust In The Ravine
Fading Blue
Second Moon
On The Way To The Coast