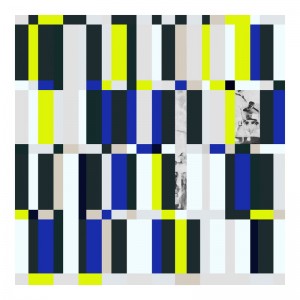 Portico Quartet announce Monument, the electronic driven follow-up to their acclaimed ambient-minimalist suite Terrain, presenting the band at their most direct

It's rare that a band releases two albums within six months of each other, rarer too that while both are so different, they are both as epochal in terms of the band's output as Terrain and Monument are to Portico Quartet. The irony is that Monument, a stripped-back, intentionally direct album, was the album that the band set out to write in May 2020, before the dream like long-form Terrain came into focus. Briefly they were two halves of the same record, but the band ended up developing these two distinct bodies of work concurrently. And although they were written side-by-side and recorded at the same sessions, they are records best understood as distinct from each other, each with opposing ideas and forms.

Monument is one of Portico Quartet's most accessible, direct records to date. If Terrain addressed the darker side of how Duncan Bellamy and Jack Wyllie made sense of the pandemic, then Monument resonates as an ode to better times. If not quite a dance record, it nonetheless pulses with an energy, radiance and a scalpel sharp focus. Jack Wyllie explains: "It's possibly our most direct album to date. It's melodic, structured and there's an economy to it that is very efficient. There's not much searching or wastage within the music itself, it is all finalised ideas, precisely sculpted and presented as a polished artefact."

Bellamy expands "Monument sits somewhere between our albums Portico Quartet and Art in the Age of Automation. It has perhaps a more overtly electronic edge to its sound – there are more synthesisers and electronic elements than we have used before and the music is often streamlined and rhythmic".

After the ethereal, stage-setting of Opening, the album kicks into overdrive with Impressions, a short energetic track that pairs a club influenced groove with hang drum and close, delicate saxophone. It's the balance between these elements that push and pull the track through a selection of melodic and rhythmic re-configurations, contrasting human touch with a machine-like focus. Ultraviolet is a kaleidoscopic, krautrock inspired track with a haunting introduction and an insistent pulse. The wistful Ever Present builds from a simple piano refrain; a nostalgic melody line floats over the top as drums and bass groove insistently underneath, before reaching a euphoric peak. The title track Monument builds around a looping vocal sample, drums and an enigmatic melody, the ending giving way to a gauzy, weaving synth line. The power here is in its economy and luminosity. AOE flips back and forth, like a dial that's been switched. Mining the tension between a pastoral inflected cello and saxophone melody, with an abrupt shift to jilted live drums, wailing delayed saxophone and a flickering synth line. Warm Data comes straight from the same Portico Quartet tradition as older tracks like Current History and Laker-Boo. It's a marriage of instrumental minimalism with drum machines and synths. Finally, the album closes with On The Light, a track that transmits a sense of suspense and freedom, driven by the twitching drums of Bellamy and evocative sax of Wyllie. It offers the perfect bitter-sweet and evocative ending to Portico Quartet's latest Monument.

Millie says: Now this is a treat, Portico Quartet’s second release in one year providing a mellow outro to the year. There’s something about this time of year which is hibernate-inducing and this is the soundtrack to the cold Winter months. Beautiful electronic Jazz, all Gondwana fan can rejoice – it’s finally here!