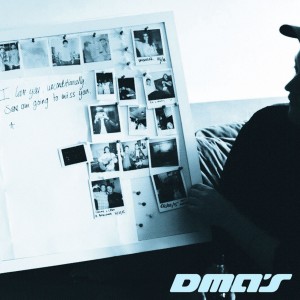 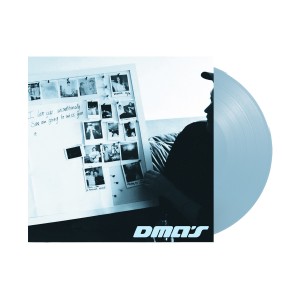 A short, sharp joyride of a record, ‘I Love You…’ represents a tribute to DMA’S’ long-term hardcore fans as well as to the love of rock music that still powers the band’s beating heart. It’s a reminder of where they came from and how far they’ve come. Regardless of how big they get, they’ll always be the same band that used to throw a mattress against the wall to record demos in Johnny Took’s flat.

DMA’S started recording demos when they were quarantining in Canberra ahead of their performance at the 2020 AFL Grand Final. Inspired by the freedom of working with no pressure or expectations, the songs quickly emerged with an organic yet intensely focused vibe. After brief sessions in Coogee with Dylan Adams (who engineered the band’s earliest recordings, including the Platinum hit single ‘Delete’), DMA’S had crafted an EP which blends the vibrant familiarity of their early days with the taut immediacy that they have since mastered.

“This EP was in the natural trajectory that you can sometimes take in a band,” says Johnny Took. “You work with different producers and you want to keep changing, but there’s also something in your core that pulls you back. It’s cool to get back to your roots sometimes.”

That’s not to say that this EP is a regression. Instead, it showcases how versatile and how muscular the band’s songwriting has grown since those early days. The single ‘We Are Midnight’ captures the atmosphere of hitting the open road, its distorted layers of shoegaze guitar and immediately anthemic hook echoing their love of the British indie scene. Similarly, the opener ‘1 Way’ is faster, denser, and louder than anything that appeared on ‘The Glow’. Meanwhile, ‘Viol’ has a pop instinct that belies its origins as a song written by Matt Mason on a Czech dobro, while the band’s first electric guitar ballad ‘Junk Truck Head Fuck’ features some of their most vivid and fully realised storytelling, with a bittersweet lead vocal courtesy of Tommy O’Dell.

Eagle-eyed fans might already recognise the EP’s title. A friend of the band had left the message ‘I Love You Unconditionally, Sure Am Going To Miss You’ on a whiteboard before she returned home from Australia. It later featured in a blink-and-you’ll-miss-it shot in the video for their debut track ‘Delete’.