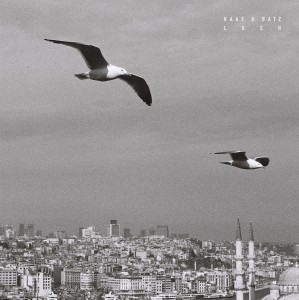 The album is a collection of reflective and melancholic cinematic tracks with clear references to jazz and neo-classicism where organic elements merge with electronic textures and emotional vocal samples. Containing the single “Into the Void (Part 1)” - a dark, ghostly and destructive dystopia accompanied by momentously moving strings, vocals & piano (could be summat of The Revernant!). The album came to life on a 14-day trip to Istanbul and the majority of the tracks, including this first single, are created entirely from samples and programming. It's heart-wrenchingly powerful throughout, maintaining an expansive, cinematic aesthetic that only adds to its emotional power.

Kaae & Batz have previously released two albums, "Basement Tales (2015) and "Mosaic" (2019), as well as composed scores for several international film productions which have garnered attention and critical acclaim in the industry. The story about childhood friends Kaspar Kaae (CODY) and Brian Batz (Sleep Party People) dates back to their teenage years in Bornholm where they were both born and raised. They went to high school together, cultivated their shared interest in music, and played together in bands. These years became the cornerstone of their friendship and musical collaboration.

"Lush" shines a light on Danish electronica and contains that bleak epicness that also characterize much of the 'Scandi Noir' dramas. Makes you want to pull the curtains tight shut and get the fire on! A breathtakingly intimate and moving body of music that's the perfect companion for a icy cold Winter's night.

Matt says: A hugely rewarding, highly cinematic experience from this duo who until I knew little about. This is great; detailed electronica, lavish orchestration and deep sentimental moods all coalescing to create a stunning body of work. Near perfect in its construction there's an almost overwhelming sensitivity to some of the tracks.