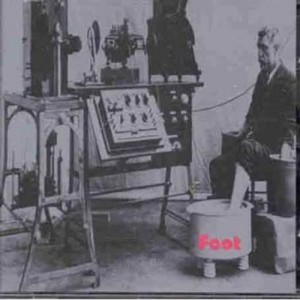 
Foot are: Don Fleming, Jim Dunbar and Thurston Moore – vintage analogue synthesizers. This album has been Remodelled by Tim Newman and his associates from the Track ‘Early Foot’, which originally appeared on the God Bless Records CD ‘foot’ in 1998, recorded as part of the Canal Street Series at Jimbo’s Pad, NYC in the early days of Nemocore, winter 1996. Liberated from the traditional constraints of time signature and key signature and fixed changes. Where sound responds to music.