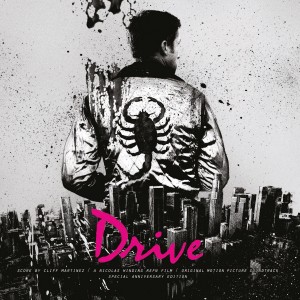 The soundtrack to Nicolas Winding Refn's "Drive" needs no introduction, and is hailed as one of the greatest and most iconic film scores of recent times. The soundtrack features the legendary synth score by Cliff Martinez along with tracks by artists such as College and The Chromatics. The vinyl artwork has been completely re-designed, and features stunning new packaging exploring the film's Noir element.

Notes Martinez: "the words 'hit' and 'soundtrack' seldom appear in the same sentence. The score to Drive is the closest I've ever come to having anything of the sort. And I wish I knew the recipe for its success as no one is more eager than me to repeat the experience"