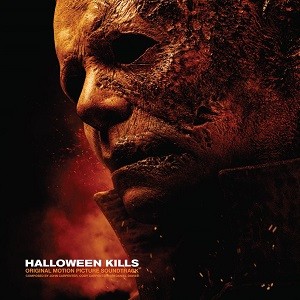 In 2018, David Gordon Green’s Halloween, starring icon Jamie Lee Curtis, slaughtered the box office, earning more than $250 million worldwide, becoming the highestgrossing chapter in the four-decade franchise and setting a new record for the biggest opening weekend in history for a horror film starring a woman. The film had the distinction of being the first film in the series with creator John Carpenter’s direct involvement since 1982’s Halloween III: Season of the Witch. Carpenter served as an executive producer, a creative consultant, and, thrillingly, as a soundtrack composer, alongside his collaborators from his recent solo albums, Cody Carpenter and Daniel Davies.

Barry says: John Carpenter is obviously one of the most legendary figures in the soundtracking biz, and in the newest iteration with Cody &co, we get possibly his strongest late-career work to date. 'Halloween Kills' is a wonderfully evocative, perfectly pitched soundtrack from one of the true masters. Everything you'd expect.