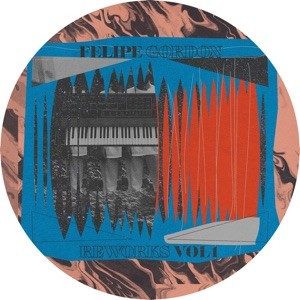 Felipe Gordon dives deep into the Local Talk vault and selected his favourite tracks for a proper rework.

First up we got two stalwarts of the house scene, Kyodai and Fish Go Deep.
Kyodai's 'Breaking' needs little introduction, the track is an anthem and got massive support from Kerri Chandler to Laurent Garnier and is still played to this day in clubs.
Felipe puts his spin on the track, a Latin Jazz Rework that is destined to become a classic in its own right.

Fish Go Deep made their debut on Local Talk with 'Off Script' back in 2016, it's a pure goosebumps track, dubby techno-soul at its finest.
Felipe adds his twist with plenty of swing and clever drum programming.