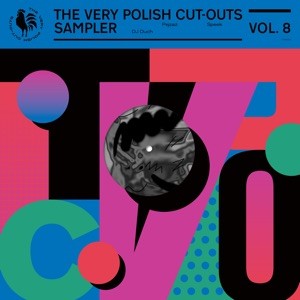 The eighth part of the beloved Sampler series by The Very Polish Cut Outs is a love letter to the 90's of the last century, when, after more than 40 years, Poland finally became a democratic country and most Poles were experiencing the good and bad sides of wild capitalism.

It was also the teenage years for the majority of the producers and DJ's associated with the label and also the time of various musical experiments on the Polish music scene.
The new 12" from the ongoing series contains 4 new edits/remixes of some obscure tracks from the repertoire of several more and less known artists from the Polish scene.
This time the editing/remixing work is done by DJ Duch, Pejzaz and a new promising producer from Szczecin - who goes by the nickname - Speek.