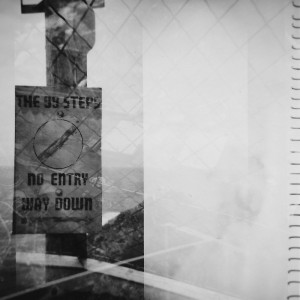 New album from Richard Youngs that, similar to a lot of his work, happened fairly spontaneously following our having heard one of Richard's sketches utilising a Spanish guitar during the spring of 2021 and being duly impressed. We then proposed releasing a CD album of such work, where Richard uses the same guitar alongside real-time street sounds, birdsong, tape loops, synth, FM radio and runout grooves to create a setting that's comparatively gentler than most of his work thus far on Fourth Dimension Records.

Iker, meaning 'visitation' in Basque, collects five songs wilfully displaying Richard's prowess with the guitar whilst placing his delicate strumming of it alongside subtle elements that accord the proceedings with a hue unmistakably his own. If interested in the more stripped-down approach of some of John Fahey's work or Sir Richard Bishop's own impressionist playing then Iker should make for a wonderful accompaniment to such work. Moreover, though, this is just another fantastic album from one of the best eclectic and most individualist musicians the UK has produced during the past few decades.