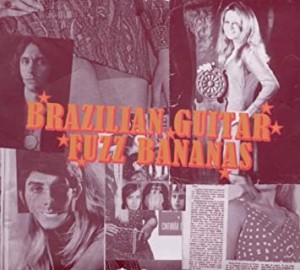 Rare and previously unreleased tracks restored and remastered, many from the original master tapes Brasilian Guitar Fuzz Bananas should serve as a master class for those entranced by the funky, heavy psychedelic wonders of the Tropicalia movement and all that it spawned. But as compiler Joel Stones writes in his liner notes: “You won’t find Os Mutantes or their maestro Rogerio Duprat on this compilation. There is a reason that the records contained here have never been reissued. Even though you will recognize some of the labels contained here... believe me when I write this: some of the rarest, and best, examples of fuzzy, funky Brazilian psychedelia came out as promo-only 7” records on these labels.” Each song contained on this album has never been reissued, and has been restored from the best source possible and remastered for near-perfect sound quality.