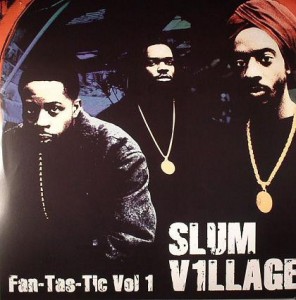 Repress of the peerless and fearless debut by Detroit's Slum Village. Produced by J Dilla and released in 1997, it saw T3 and Baatin's expertly formed street raps meet Yancey's still-unmatched-today production techniques. Credited by many, including ?uestlove, for birthing the neo-soul movement; it's languid yet free-wheeling sound, built around winding basslines, quirky drumbeats, subtle low-end frequencies, and classic jazz & soul samples would also inform much of Madlib's work ethic through his discography.

An instant hit among Detroit's underground hip-hop scene, the album seemed to combine all the best elements of the reigning alternative and gangsta styles of hip-hop into one cohesive style. "Fan-Tas-Tic"'s influence extended far beyond Detroit, as its sound heavily influenced the sounds of D'Angelo, Erykah Badu, and The Roots just to name a few.

Reissued on vinyl, for the first time in several years by Ne'astra Music Group, it's one of those every-home-should-have-one albums which clearly demonstrates the evolution of the genre and is rightly regarded as a classic debut.