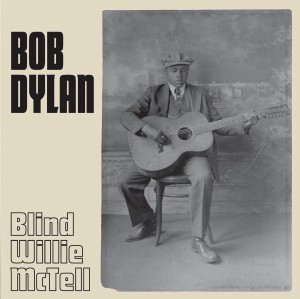 A long-awaited release, this is the 7” version of the Bob Dylan Classic “Blind Willie McTell”, out exclusively on black vinyl. The record is available only at indie record stores and the Third Man Records online and physical stores.

The 7” features two previously unreleased takes of the song, with the A-side being exclusive to this vinyl release. The B-side (take 5) will be included as part of Spring In New York: The Bootleg Series, Vol. 16 (1980-1985).

The recordings on this single feature a formidable lineup of session musicians, including Mark Knopfler, Mick Taylor, Sly Dunbar and Robbie Shakespeare.

“Blind Willie McTell” was the first track seriously worked on at the Infidels sessions and the last attempted as recording concluded almost a month later. In the end, it did not make the Infidels album, but in 1991, the acoustic piano-guitar version that Bob Dylan and Mark Knopfler recorded the last day was released on The Bootleg Series Volumes 1-3. The full band version from the first day of the sessions will now see the light of day as part of Springtime In New York: The Bootleg Series, Vol. 16 (1980-1985).