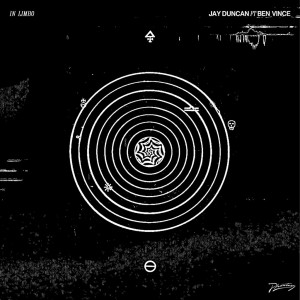 From the first notes of brass, quickly melting into a lucid shuffle, it’s clear that ‘In Limbo’ exists on its own terms. Vince's virtuoso playing, a feature of former collaborations with the likes of Joy Orbison and Mica Levi, is here gradually manipulated by Duncan into a hugely ambitious trip. This meditative and mysterious approach draws listeners deeper into a liminal, minimal space somewhere between the Fourth World as imagined by Jon Hassell and four AM on a dancefloor in South London.

Ricardo Villalobos adds to his own superlative history of remixes with a characteristically trippy take on ‘In Limbo’. Spanning nearly fifteen-minutes, the legendary Chilean-German innovator subtly reimagines this ambitious record in form true to both his own musical heritage as well as Duncan’s futurism.

A1. In Limbo
A2. Anti-Purgatorio
B1. In Limbo (Ricardo Villalobos Remix)