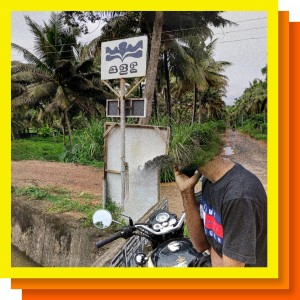 E.VAX - the project of Ratatat’s Evan Mast - announces his new, self-titled album, out September 17th via Because Music. Performing as half of Ratatat for more than the last decade, Mast’s music has reached an enormous audience with its bombastic merge of rock and electronic music, as well as through his parallel work as a hip-hop producer for artists such as Kanye West, Kid Cudi, and Jay-Z . His new solo album, E.VAX is a collection of instrumental songs, dolloped with moments of exploratory dialogue, disembodied moments that are equally disorienting and moving. The throughline between the songs on his new album is not a certain signature sound, but Mast’s feel as a producer. Though one song may lean heavier on snappy drums and another on the coo of an organ, they all share a similar sensibility. The songs are sincere, playful, inviting, curious, and contemplative—all characteristics of Mast himself.

For this album, Mast loosened his attitude towards production, looking to capture some of the excitement of creation. He recorded at home, and then midway through the pandemic he spent time in Montana, recording in a friend’s art gallery. The blank space and isolation after so much studio time in close quarters allowed for a new looseness. He’d play songs at the wrong speed to see how it changed what he heard, or deliberately leave a melody untouched for months and then improvise over it after playing it anew for the first time. Unable to get lost in real life, he got lost in music. “I used to be way more precious,” Mast says about his songwriting. “A lot of this stuff on the record is about trying to skip the brain processes that can get in the way of making something that really feels sincere.”