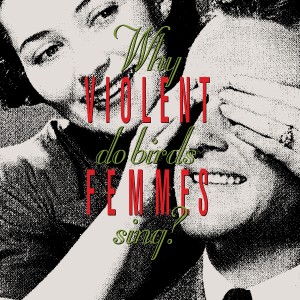 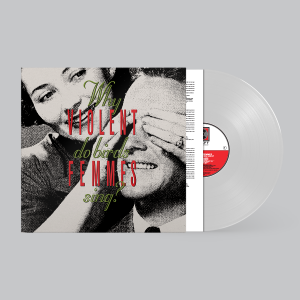 The textbook American cult band of the ‘80s, Violent Femmes captured the essence of teen angst with remarkable precision; raw and jittery, the trio’s music found little commercial success but nonetheless emerged as the soundtrack for the lives of troubled adolescents the world over. Their self-titled 1983 debut was a blueprint for legions of sardonic alternative rockers that would follow, and they continued their blend of searing, darkly humorous lyrics and sharp-edged folk-rock on other standout albums like 1991’s Why Do Birds Sing.

Violent Femmes formed in Milwaukee, Wisconsin, in the early ‘80s, made up of singer/guitarist Gordon Gano, bassist Brian Ritchie, and percussionist Victor DeLorenzo. After being discovered by the Pretenders’ James Honeyman-Scott while they were busking on the street, the band signed to Slash and issued their self-titled debut, a melodic folk-punk collection which struck an obvious chord with young listeners who felt a strong connection to bitter, frustrated songs like “Blister in the Sun,” “Kiss Off” and “Add It Up.” Though never a chart hit, the album remained a rite of passage for succeeding generations of teen outsiders, and after close to a decade after release, it finally achieved platinum status.

40 years on, Violent Femmes’ legacy remains strong, while their influence can be heard across multiple genres—from the anti-folk movement of the early 2000s to the chart-topping hits of Barenaked Ladies, and the indie-pop of Clap Your Hands Say Yeah. In 2014, Popmatters declared that the folk-punk pioneers “may have very quietly been one of the most important rock bands of the 1980s, if not the past quarter-century…[They] celebrated the simplicity of pop music from the fringes, attacking convention with a mix of humour and violence.” Pitchfork argued that “The Femmes don’t signify an era so much as a time of life,” adding that “for young people growing up in the internet age” their music “is part of a shared language.”

ALBUM OVERVIEW
Why Do Birds Sing? is the fifth studio album from the textbook American cult band, Violent Femmes. It was their last studio album with original drummer, Victor DeLorenzo. Featuring the fan favourite “American Music,” which reached No. 2 in the Billboard Modern Rock Chart, as well as a cover of Culture Club’s “Do You Really Want To Hurt Me.”