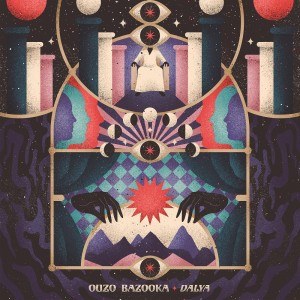 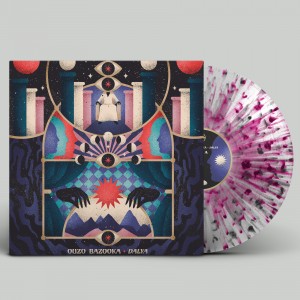 Suspiciously smelling like a mix of prohibited substances and powerful homebrewed potions, Dalya manages to effortlessly be a lot of things that, in a similar universe, contradict each other: it is psychedelic but accessible. It is adventurous and creatively free spirited, but also filled with anthems waiting to be discovered. The sound is recognizable, but simultaneously original and an expansion of the band’s wide creative palette.

Dalya consists of 6 long, swirling, hallucination-inducing doses of music to be consumed with your eyes wide shut. But make no mistake - this is still Ouzo Bazooka’s good ol’ sweaty oriental fuzz party. Monsters, the album’s opener, has the anthemic qualities one would secretly hope to find on an Ouzo Bazooka album. It is followed by the sunstroked dubby and dare we say disco-ish Million Years Of Light, continues with the dense and sweaty instrumental pieces Al Hagamal and Kruv and continues to ascend with It’s A Menace towards the spectacular climax that is Nine.

Filled with imaginative, mind bending moments, Dalya is yet another monument in Ouzo Bazooka’s epic sonic journey and a grand new chapter in the band’s story.