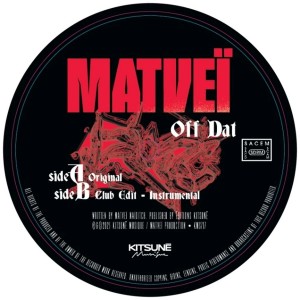 Matveï is a one’s to watch of the new generation. Brought up on Electronic and Rap music, the French producer makes up an exciting cocktail of international house and urban club sounds. Spotted by Kitsuné while just turning 18, his first releases quickly raised his profile on international tastemakers radar – with support from Martin Garrix and official remixes for the likes of and Future Classic, Liv Dawson and Crystal Fighters.

This maxi is a limited edition specially created for the 2021 Record Day Store in Europe. You’ll find the original version of the track followed by an instrumental version and a club edit.