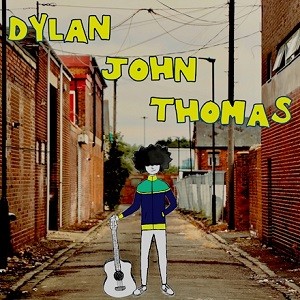 A melody-rich ode, Jenna skits along, bobs and weaves, moving through the gears at will. It’s ridiculously infectious - an indie guitar song destined for the terraces. Play it once and you’ll have the melody looped, play it twice and you’ll already be singing along to the refrain.

Dealing almost solely in earworms, young Dylan hails from the east end of Glasgow and is already ticking all the right boxes. He sold out the legendary King Tuts quicker than any other debuting Scot, and clocked over a million streams of his earliest introductory material. Mentored by Gerry Cinnamon, who took Dylan touring to sold-out arenas across this fair isle and into Europe, and hand-picked by Liam Gallagher to support him at the aircraft-hanger sized Hydro Arena. These are all telling rites of passage, and as Summer finally arrives, Dylan will inevitably be filling out the tent stages, the crowd belting these songs back to him.

Inevitably aside, there would surely be few to deny him success. Enduring a tumultuous upbringing in foster care, Dylan was not given much encouragement to pick up a guitar in the first place. It’s a talent nurtured through despondency and resilience, a lad made of sterner stuff. Over the course of the forthcoming EP Dylan John Thomas makes a habit of telling his story in the most propulsive and colourful of ways, and whilst his journey might appear already a few chapters in, really this is just the start. Join him.

Jenna
When I Get Home
Feel The Fire
Wake Up Ma