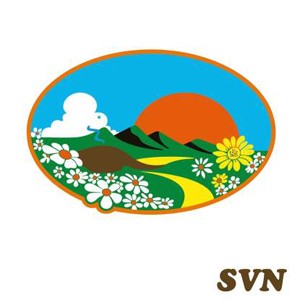 SVN is back with his second solo album, this time on his own imprint SUED. Coming strong with a new approach. As he states himself: 'A change of equipment and the loss of my old tape machine marks a new era in my sound and production.'

A new era but, in many ways, the same SVN we've treasured since his very first utterances. A singular yet in many ways spearheading artist; his dusty, psychedelic house jaunts are totally his own, unique style, yet quite easily crosspollinate with other artists such as label-mate SW, Dresvn, DJ Sotofett and Bjorn Torske.

Coming adorned in a beautifully illustrated sleave, "SVN" is as expansive and ambitious effort we've seen from the Berlin-based producer. Decorated entirely with the producer's playful, toybox producer, and swathed in swirling synths and hypnotic perx; its details the spectacularly trippy world of SVN's soundscape through nine tracks which bounce, bob, squelchy and rattle like a bunch of 'shroomed up elves and sprites playing in an underwater ballpool before aquaplanning across crystalline waters on a DMT-powered jetski.

Matt says: Potential contender of leftfield house album of the year so far! Gonna fly out these folks, you have been warned!