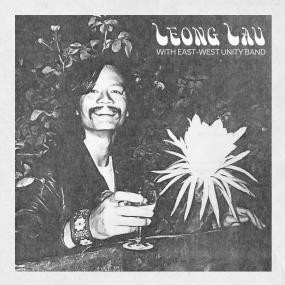 Left Ear returns where they started, further highlighting the music of the enigmatic Leong Lau. Arguably one of the most unique artists to come out of Malaysia/Australia during the 70’s, Leong migrated to Australia to pursue an education in Engineering. He finished his degree but instead took a different ’career path’, choosing to explore his creativity. From an early age Leong had been trained in the arts including both Chinese opera and flute. Leong recalls “making flutes out of grass weeds”, as he couldn’t afford a flute. It was this DIY ethos that Leong attached to his lifestyle. He found himself promoting festivals in the infamous town of Nimbin before moving to Sydney where he would record a small body of music with the sessional musicians he was playing with daily in the venues of Sydney’s Circular Quays. Leong’s ‘Late Night Flyer’ was the single to his supposed second album, which was allegedly manufactured but unfortunately a copy of the LP is yet to surface. One thing is for certain, two tracks landed on a 7” and together with a predominantly Chilean backing band known as ‘The East-West Unity Band’ they created two raw latin influenced jazz-rock tracks that stand the test of time. The A-side a homage to the omnipresent characters that frequented the after-hours jazz clubs Leong performed at. Whereas the B-side is named after his favourite philosopher Herbert Marcuse’s novel ‘One Dimensional Man’, which sees Leong take a more psyched out approach.

A. Late Night Flyer
B. One Dimensional Man