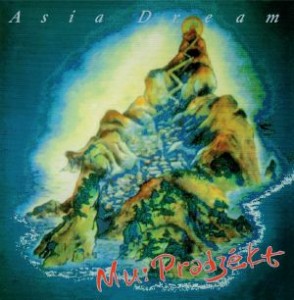 Asia Dream by Mu-Project is an incredible combination of eastern and western music made by Ryoichi Kuniyoshi and Kiyoshi Toba in 1985. This singular and very personal album transports us to an Asian dream. A mix of emotions, between nostalgia and melancholy crosses the music. The refinement of the production is at the service of the sensitivity of the synth melodies and bring a pop side to this project. Asia Dream is definitely an album for lovers of avant garde synth pop music from Japan.

Patrick says: Imagine an alternate universe in which David Sylvian was Japanese rather than in Japan, and had an inspired studio run in with Talk Talk circa "Colour Of Spring". That's kinda the vibe here, all avant synth creations with plenty of poise and a strange pop appeal - Well Balearic then!