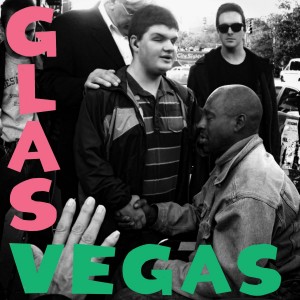 Glasvegas return with their triumphant fourth album ‘Godspeed’, – the music we all need right now. The latest single Shake The Cage (für Theo) sums up the dazzlingly eclectic sound of Godspeed perfectly – this is an electronic barrage with devastatingly powerful spoken word lyrics which call to mind I’m Gonna Get Stabbed from the band’s astonishing debut.

Launched on their own label Go Wow Records, Godspeed takes place, “all on the same night, just as the sun’s going down,” The album presents a fragmented portrait of a single evening’s events, one James half-jokingly compares to‘American Graffiti’, director George Lucas’ 1973 coming-of-age classic, “where everything happens in one night, and nothing major goes down plot-wise, but you still love the characters and the world.” Each song in its own right as diverse as the next, pulling James Allan into each world with free reign to experiment in this latest masterpiece.

For James, who has spent an agonising seven years crafting this album, from writing to demoing, recording to producing and engineering, starting when he was living in Sweden, and finished it in lockdown in his spare-room studio in Glasgow’s east end. That ethos of listening only to what his heart and soul tell him is the key to everything. It’s the only rule he will even consider listening to. He said: “If you follow your heart and your instincts, it might be difficult and you’ll trip yourself up at times - but usually, it works out. Making this album has probably made me understand myself a bit better as a person, to be honest. And it’s the hardest I’ve ever worked on anything in my life.”