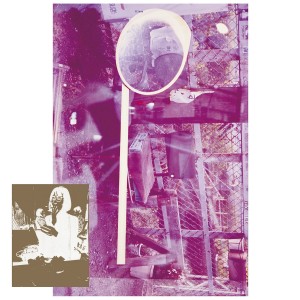 The renowned avant-garde artist Phew has returned to Mute for her forthcoming album New Decade. Working with voice and electronics, New Decade’s six new tracks define her as a master of her craft. Described by pitchfork as ‘a Japanese underground legend’, she was a founding member of Osaka punk band Aunt Sally, who broke up in 1980. Since then she has worked solo and collaborated with musical luminaries including as Ryuichi Sakamoto, Jim O’Rourke, Ana da Silva (The Raincoats), Seiichi Yamamoto (Boredoms) and Holger Czukay (Can). Her 1992 album for Mute, Our Likeness, features Alexander Hacke (Hackedepicciotto, Einstruzende Neubauten), Jaki Liebezeit (Can) and Chrislo Haas (Crime & the City Solution, DAF, Liaisons Dangereuses). New Decade will be released on CD and Limited Edition ‘Total Clear’ Vinyl.

LP Tracklist:
A1. Snow And Pollen
A2. Days Nights
A3. Into The Stream
B1. Feedback Tuning
B2. Flashforward
B3. Doing Nothing