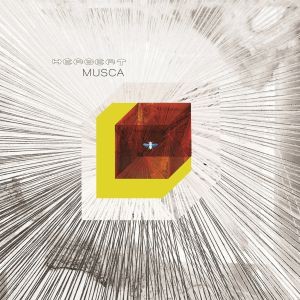 "Musca" is the next in the series of domestic house albums to follow the groundbreaking LP classics  "Around The House" (1998), and "Bodily Functions" (2001).

2021 is proving to be a bumper year for Herbert fans who can also look forward to a package of very special 12” remixes later this summer and the premiere of 10-years-in-the-making-documentary, Symphony of Noise, about his work with sound.

After the wide expanse of his last big band album "The State Between Us" made with more than 1000 musicians and singers across Europe, this album instead is inward looking. Born of both intimacy and collaboration, features eight singers, Verushka, Siân Roseanna, Allie Armstrong,  Bianca Rose, Melissa Uye-Parker, Daisy Godfrey, Y’akoto and Joy Morgan - all of whom Matthew has never worked with before or met face to face. It also features musicians Nick Ramm, Tom Herbert, Tom Skinner, Finn Peters, Cevanne Horrocks-Hopayian and Leo Taylor, who, like the singers, all self-recorded and in isolation from each other.