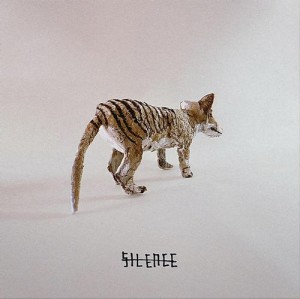 Best known as Hot Chip's clear-voiced frontman, Alexis Taylor also pursues a solo career as an introspective singer/songwriter, exploring distinct themes and ideas with each record. Alexis announces the release of his sixth and strongest solo album to date, Silence.

Partly about silence - and how we intersect with it, observe it, try to record it, and how we feel about it when it’s gone, as we remember it - the record is also about religion, transcendence, giving oneself over to something bigger than you, or beyond this world. “I’m not religious myself,” adds Alexis, “but the songs which deal with the idea of gospel music or religion, look at it from a distance (rather like the shaky hand-held lens through which we follow the action in Pasolini’s ‘Gospel According To Matthew’) and try to uncover its influence on music and on people in desperate circumstances.”

The genesis behind Silence started a few years ago with Alexis ruminating on silence as a subject and making plans to make a record of the sounds you hear in public spaces as people observe moments of silence. He then lost his own personal access to silence as tinnitus began in his right ear in 2019 at a Hot Chip show. As Alexis explains, “I started to think about what it meant to me to lose quietness, solitude, meditative head space - as that was no longer available to me.”

Mostly composed in enforced isolation, Silence is a beautifully rich and unexpected conceptual album that is also Alexis’ most accomplished solo record and one that has seen early comparisons with a notably eclectic range of artists including Mark Hollis, George Michael, Big Star, Epic Soundtracks and Maher Shalal Hash Baz. This record sees the first time Alexis has collaborated with Sam Becker (double bass), Kenichi Iwasa (horn, trumpet) and Rachel Horton-Kitchlew (harp), who due to lockdown had to work in isolation from Alexis. In one case Kenichi recorded musical passages which were then superimposed on songs he had never heard - in effect keeping the songs themselves silent from the playing until the mixes were played to him.