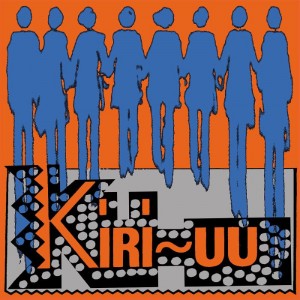 ‘Creak Whoosh’ is a collection of choral ballads originating in the Finno-Ugric regions of Estonia and Ingria, electronically adapted predominantly by Olev Muska and Mihkel Tartu, based around the contemporary arrangements of Veljo Tormis.

Originally established as ‘Kiri-uu’, the project was undertaken by the children of Estonian refugees, most of whom grew up over 8,000 miles away in the metropolis of Sydney, Australia. With the majority having never visited the land of their ancestors prior to the tour of 1989, the first generations reshaping of these ancient folk tales conveys Seeger’s process amidst displacement and its subsequent fringe-culture. Estonian bards are carried forth this time into the 21st century, a revised selection of the original 1988 recordings accompanied by ‘Tšimmairuudiralla’ allowing for new perspectives and, perhaps crucially, a truly global audience.