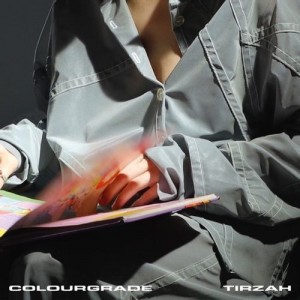 “Colourgrade” is the latest album from Tirzah, the British-based avant garde performer who has recently been signed to Domino following some well received 12”s on Greco-Roman.

The album explores recovery, gratitude and new beginnings, presenting a singer having discovered the type of love that is shared between a mother and a child for the first time, whilst simultaneously working as an artist. Capturing both the great and the scary, the exhaustion and the recovery, Colourgrade is a listless amble through the innermost feelings, an intoxicating presentation of a full time mother and artist.

As always, a Tirzah record is a family affair. That doesn’t just mean grandmum and granddad, but the extended CURL crew that includes long term collaborators, Mica Levi and Coby Sey, the younger brother of producer Kwes who mixes on “Colourgrade.” It’s this natural, collaborative energy that keeps Tirzah’s music fresh and progressive.

If you’re into Bjork, FKA Twigs, James Ferraro, Portishead or Anika; this might be up your street. It’s a pretty varied list I appreciate, but the kind of DIY use of electronics, the lo-fi production and the dreamy aesthetic lend itself to the aforementioned acts. Check it out, there’s nowt much like it on the market at the moment!