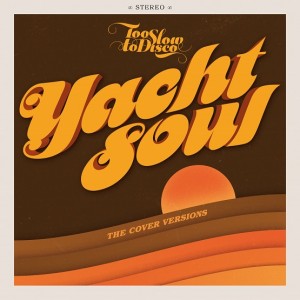 This is the new compilation by TSTD/DJ Supermarkt with Soul/Funk Coverversions of Westcoast/AOR/Yachtpop gems! TSTD returns with another trip into the musical past of the sundrenched Westcoast: This time DJ Supermarkt unearthed 17 Soul & Funk Coverversions of original Westcoast/AOR/Yachtpop gems. As slightly expected, the The Afro-American musicians add a heavy dose of Funk and heavenly Soul to the game. The original tracks are covered by big Soul & Funk acts like Aretha Franklin, Chaka Khan, Quincy Jones, Brothers Johnson, but also forgotten acts like The Ebonys, Leslie Smith, Side Effect. And you can find tracks originally performed by the big league of the Westcoast, like The Doobie Brothers, Fleetwood Mac, Hall & Oates, Steely Dan, Wings, and even The Beach Boys, alongside lesser known acts like Ned Doheny, Bill LaBounty, Airplay! Most tracks are from the late 70s/early 80s, but failed to become big hits and fell under the radar. Like Chaka Khan doing a seriously funky version of Fleetwood Mac's Everywhere (from an unreleased album recording), next to obscure reworks like Leslie Smith's version of Nothin You Can Do About It by the overlooked Airplay (Jay Graydon and David Foster). There are especially surprising versions here, like Millie Jacksonís gospel-like rendering of This Is It by Kenny Loggins/Michael McDonald, or Billy Paul's Black Power-influenced version of Paul McCartney/Wings Let Em In and the rare cover of The Beach Boys God Only Known by Betty Everett. Overall another TSTD collection of smooth, sunny, extremely soulful and funky tracks, that needed to be dug-out to be heard again. This is Bottled Sunshine! Vinyl comes as usual in gatefold sleeve with liner notes, download code and 180g heavy orange double vinyl.