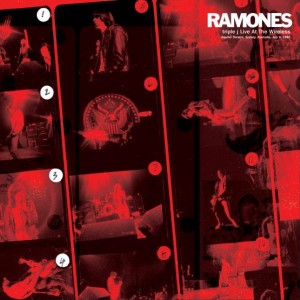 Ramones: triple J Live at the Wireless Capitol Theatre, Sydney, Australia, July 8, 1980' is a previously unissued live radio broadcast from the legendary NYC punk rockers Ramones. The famed performance - recorded in Australia during their 1980 End Of The Century tour - contains 23 tracks, many of which are rare songs from the album that did not remain in their sets following this tour. Pressed on 180gram vinyl and strictly Limited to 13000 copies worldwide , exclusively for Record Store Day 2021.