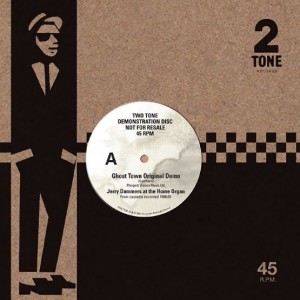 RSD Exclusive 10" Black Vinyl featuring two previously unreleased home demos of Specials tracks by Jerry Dammers recorded between 1980-1982. These two previously unreleased recordings are Jerry's home recordings made on cassette in 1980/1982. This is a rare glimpse into his working practice including arguably The Specials most famous recording Ghost Town, which celebrates its 40th Anniversary in July this year. Side A Ghost Town (Original Demo) Side B Theme From "The Boiler"

The SelecterLive In Coventry '79 (RSD21 EDITION)