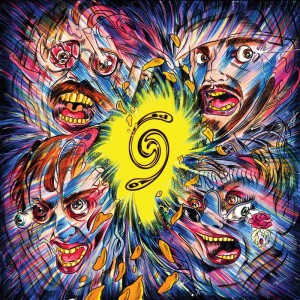 Proto Moro is a Psychedelic Melbourne Jazz outfit comprising of Harry Leggatt aka Uno Lizard on Guitar, Jack Eden aka Madayana on Bass, Gene du Vergier aka Pearl E. Gates on Drums and Nikodimos aka Nikodimos on Woodwind.

After being first introduced to the world via Colour Club Records pandemic produced VA001, their contribution CLUB X received great attention from radio presenters in Melbourne and around the globe (see feedback notes for more info). Local stations Triple R and PBS championed it and Worldwide FM and dublab further solidified the track's success.

PROTOSYNTHESIS is their debut LP and touches on, jazz, funk, hip-hop, psychedelia and beyond. After a successful sold-out residency at Melbourne's Colour Club, the band now present their opus to the masses. Taking inspiration from other Melbourne acts such as Mildlife, ZFEX, Horatio Luna and 30/70, the band now carves their own space in the cities flourishing scene.