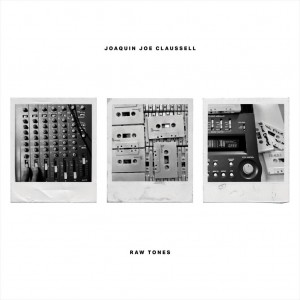 The first LP since 2008’s ‘Corresponding Echoes’ on his Sacred Rhythm Music, Joaquin Joe Claussell arrives on Radio Slave’s Rekids for ‘Raw Tones’, a nine-track excursion through the sound of his exquisitely soulful house music.

Originally released on uber limited cassettes, the music within ‘Raw Tones’ caught the ear of Radio Slave, aka Matt Edwards, who messaged Claussell, a friend since remixing Edwards’ Machine project in 2012, and convinced the legendary producer that the music needed a wider audience and, so, ‘Raw Tones’ the LP is here.

‘Break Free’ ups the energy, bringing a wonky bassline under decisive, machine-like drum hits while both spoken and sung vocals interplay throughout. ‘You Mutha Fuka’ brings rock-solid drums and thick bass underneath delayed vocals before the dreamy chords and twinkling keys of ‘Way Back Then’ close out the B-side.

The gorgeous ‘Air We Breathe (Revisited Cassette Demo)’ marries rolling percussion across live bass and softly drawn-out pads, followed by an instrumental version of ‘Break Free’. The final side of vinyl sees the extended trippiness of ‘If It's All In Your Mind Let It Out’ lead into the floaty low tempo closer ‘Hallucinations Ejaculations’.

Matt says: I've been a huge fan of Joe Claussell's 'Instant House'-era for many a year. This LP takes me back to that vibe - restrained, heartfelt house music done on a limited outboard for maximum sentiment. Also reminescent of some of Ron Trent's early, personal LP masterpieces, this is a brilliant extension of an already seminal career from one of house music's true demigods.

A1. Lock Down
A2. The Blame Game (Table Top Idea)
B1. Break Free
B2. You Mutha Fuka
B3. Way Back Then
C1. Air We Breathe (Revisited Cassette Demo)
C2. Break Free (Instrumental)
D1. If It's All In Your Mind Let It Out
D2. Hallucinations Ejaculations