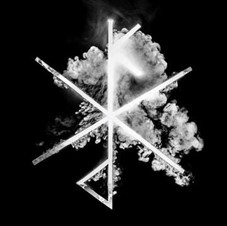 Finnish innovators K-X-P have long identified as being an “anti-band” and as they move onto their third album, III, they continue to be so by defying both convention and expectation. For K-X-P every new record is another layer of skin shed; new territories are broached, areas explored and fresh influences imbued. The critically acclaimed pop-tinged electronic whirlwind that was their last release, II, has given way to something stripped and primed, leaving a dense yet sparse record of cinematic ambient techno fused with churning, progressive space rock. This follows hot on the heels of the group’s proto techno banger, 2014’s The History of Techno EP. K-X-P are a group who look far beyond simply musical influences and III includes a plethora of inspirations that range from the sonic to the spiritual, Kaukolampi has been practising “deeper meditations and yogi practises” on top of a varied musical diet, taking in “old techno and ambient records, some extreme metal like Mayhem’s latest record Esoteric Warfare – that hit me hard – also lots of religious music from all religions.” However one influence, when locked deep into the nocturnal grooves of the LP, makes perfect sense, “One big influence was driving at night in Los Angeles. LA is sometimes a very lonely city. Somehow this record has this deep isolation and lonely feeling. Alone in space. Forgotten. Like an endless ten lane highway in the night with no speed limit.”