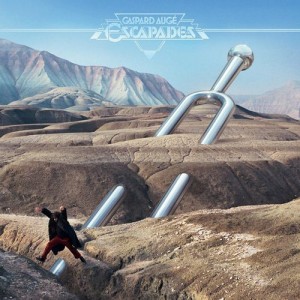 Gaspard Auge is releasing his Debut Album “Escapades”, out in June 25th.

He is best known as one half of Justice, the duo that united rock and rave and whose dancefloor smashes defined a generation.

Gaspard made an instrumental album whose sound will be familiar to Justice ’s fanbase, echoing some previous works & inspirations of the cult duet.

Escapades sounds like a UFO landing from another galaxy, or time, a baroque masterpiece that reimagines European classical music for this century.