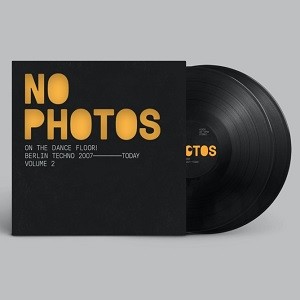 Part 2 is drawn from tracks made between 2007 and today, starting at a point when the city became the center for a new creative community of international artists, DJs and producers who often favoured the minimalist aesthetic & musical styles of clubs such as Berghain, Bar25 and Watergate and stayed for the ease of living. Beginning with a remix by Plastikman aka Richie Hawtin of his Minus label signee Heartthrob, the two 12"s also feature contributions from Ben Klock, Avalon Emerson and Modeselektor.

The record was compiled by Heiko Hoffmann, former editor of Groove magazine and co-curator and co-editor of the 'No Photos on the Dance Floor!' exhibition and accompanying book. The double-vinyl release also features full-format photography by George Nebieridze and Wolfgang Tillmans.