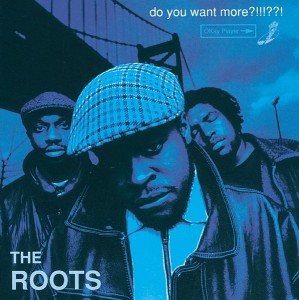 It’s been 26 years since Do You Want More?!!!??!, the groundbreaking second studio album and major label-debut by The Roots. Originally released on January 17, 1995 via DGC Records, Do You Want More?!!!??!, brought The Roots’ neo-soul bohemian zest to life and established them as leading figures of hip-hop-jazz. The album which peaked at #22 on Billboard’s Top R&B/Hip Hop Albums chart, features their singles “Distortion To Static,” “Proceed” (considered one of their most signature recordings), and the rap ballad “Silent Treatment.”

Led by MC Tariq “Black Thought” Trotter and drummer Ahmir “Questlove” Thompson, the Philadelphia rap crew are going back to where it began with a 3LP deluxe collection of Do You Want More?!!!??! to be released on June 18, 2021 via Geffen/UMC. Going back to the vault, this deluxe edition is drawn from the original recordings and features eighteen bonus tracks curated by Questlove; some of which have never been released and others that have never previously been available digitally.