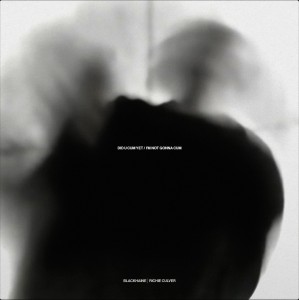 Accompanying the EP is a film, assembled by British / Belgian filmmaker William Markarian-Martin. Recently nominated for Best International Music Video at the 67th International Short Film Festival Oberhausen, the film weaves together footage gathered in the UK towns of Preston and Salford, shot in an underground carpark ‘to represent a kind of purgatory’, as if the artist has fallen through the pavement into a hellish place.

Matt says: Provocative Salford wordsmith Blackhaine colabs with Hull-based contemporary artist Richie Culver for an explosive commentary on culture and the arts. If you liked Death Of Rave's debut release with Mark Leckey then this one's 4 U!