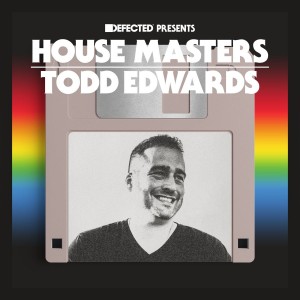 Many credit New Jersey's Todd Edwards and pivotal in forging the early sound of UKG. His shoulder-dropped, shuffled house beats and accentuated and pitched up vocal cuts fast became adopted and exaggerated by London and Birmingham's embryonic 2step producers as the cross pollination of American dance music and UK attitude bloomed in the late 90s and early millennium. Since then the producer has enjoyed plenty of admiration on this side of the pond, with some legendary DJ performances much later on in his career; and has gone onto collaborate with Daft Punk not to mention accumulating countless hordes of young garage and house heads who regard him with an almost mystic degree of reverence.

Here Defected present a collection of Todd's best remixes and productions, housed on separate discs or in boosted 2xCD format. Includes his remixes of Indo, Moloko, St Germain, Robin S and more plus his own releases "Saved My Life", "Shut The Door", "Main Vibe" and the two collaborative productions with Daft Punk: "Face to Face" and "Fragments of Time".

A producer whose style and sound are instantly recognizable; his inspiration across genre camps and club cultures is far reaching and widely acknowledged. A truly unique enigma with a big character to back it up, it's a beauty to have all these amazing Todd Edwards tracks in one complete package. Most recommended.

Matt says: A household name for anyone with even a fleeting interest in dance music culture yet a man whose influence is often felt before his face known. One of UKG's biological parents guides us through some of his most iconic moments.