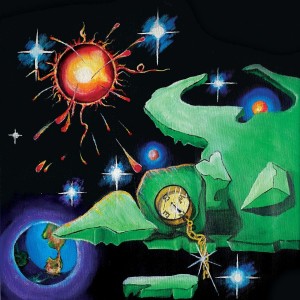 Strut presents the first full international release for another lost classic from the Black Fire Records archives, ‘Southern Energy’, the only album recorded by R’n’B and jazz collective Southern Energy Ensemble in 1977.

Trumpeter Marvin Daniels had been drafted into the US army in Germany during the mid-‘70s, playing in the military touring band 100% Pure Poison. Upon returning to Virginia State College, he met up with an old friend, saxophonist Al Clarke, and they began to form a new band, pulling together various students from the University including Nat Lee (keys), William “Spike” Johnson (drums and percussion) and Adolphus “Peddie” Maples (percussion and vocals). “As Southern Energy, we started playing the chitlin R’n’B circuit and ended up gigging most weekends at clubs, universities and military bases in Virginia and North and South Carolina,” remembers Daniels.

After meeting Plunky Branch and Black Fire Records MD and producer, Jimmy Gray at a JuJu gig in Richmond, Virginia, Gray signed the band and they recorded some high energy sessions during 1977. “Southern Energy was tight,” continues Daniels. “We had great musicians and great vocalists in Judy Spears and Garrie Wayne, both vocal majors from Virginia State College. The album was all about positive messages and celebrating real people.” Tracks include the storming dancefloor jazz workout ‘Third House’, the optimistic ballad ‘Looking Ahead’ and the extended funk anthem ‘F-U-N-K-Y ‘Til The Day I Die’.

The band would break up soon after the members left college. Daniels moved to Philadelphia to work with Evelyn “Champagne” King in 1978 before co-founding Chops horns who would go on to become one of the most in-demand US session units of the ‘80s, working with Sugarhill Gang, The Police, The Rolling Stones and more. Maples would go on to play on sessions for Oneness Of Juju.