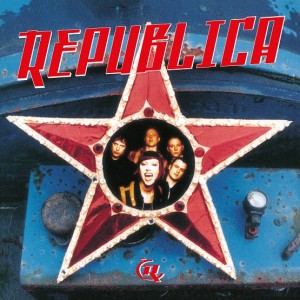 Republica is the debut studio album by English band Republica. It was released in 1996. Three singles were released from the album: "Bloke", "Ready to Go" and "Drop Dead Gorgeous", with the last two being huge hits. Upon its release, Republica received generally positive reviews from music critics and was a commercial success.

This year on Record Store Day, Music on Vinyl in cooperation with Sony Music release the album on vinyl for the first time; A limited 25th anniversary edition on translucent blue vinyl. The package includes a 4-page insert with lyrics and pictures.