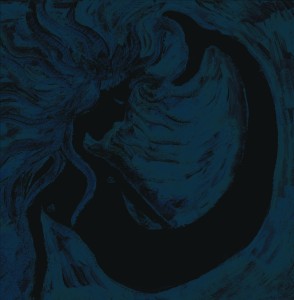 In March 1998 Australian trio The Dirty Three released their now iconic album ëOcean Songsí. In 2005 the band would be joined onstage by Nick Cave to play the album in its entirety at ATP festival in New York, a show that since has developed into near mythic status. In 2021, both of these recordings will be made available in a deluxe boxset as part of Record Store Day. Remastered for an enhanced listening experience, the boxset will feature 4LPs pressed on coloured vinyl - the original album on lovely ocean blue and the live album on violet. In addition the band's guitarist Mick Turner has created new artwork including a giant 8 panel pull out poster with words from the band on the recording and the ATP performance and a secondary poster that includes lots of great photos from the show. All housed in a beautiful slipcase! Ocean Songs marked the bands first release with Bella Union and was the second-ever album released on the label, as detailed by boss Simon Raymonde, An extraordinary record. Visceral, uncategorisable and runs on pure adrenalin and feel. Our first time working with the band, in fact our first time working with ANY band, and was only the second-ever album released on Bella Union back in 1998, a few months after we formed the label. 22 years later and listening to the album afresh, I am filled with emotion hearing these sounds again, as if it were for the first time. It is both vibrant and untamed as any record I've ever heard. Imperative listening.

Dirty Three violinist and bassist Warren Ellis also recalls the albums somewhat rocky beginnings as the band were dropped by their previous label, ìwhen we handed Ocean Songs in to Big Cat we were dropped. Luckily a deal was inked with Bella Union in an AA meeting between our manager and Robin Guthrie. Possibly the boldest album of our career. Symphonic in its conceit and 100% Dirty Three. Playing it live in its entirety only reconfirmed its audacity. I think this live recording might be my favourite Dirty Three album ever. Thatís what I hear when Iím playing in the band. With Nick on piano it was the most beautiful blend of my musical adventures.î eve artwork from the guitarist Mick Turner, a pull-out poster and new band photos. Ocean Songs is the fourth major album by Dirty Three, released originally in March 1998 by Touch and Go Records and Bella Union. Produced by Steve Albini and the band themselves, the album was recorded at Electrical Audio, Chicago, United States, during August and September 1997. The album also features David Grubbs on piano and harmonium on a number of tracks, while the cover art was designed by guitarist Mick Turner.