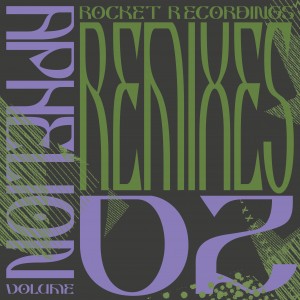 Record Store Day exclusive's Aphelion Vol.1 and Aphelion Vol.2 bring together a selection of rare remixes from the Rocket Recordings back catalogue - all but one track are being released on vinyl for the first time. The LP's bring together tracks by Rocket favourites like Pigs Pigs Pigs Pigs Pigs Pigs Pigs, Josefin Ohrn + The Liberation, Sex Swing, Gnoomes, Bonnacons of Doom and many more. These classic Rocket tracks have been pushed, pulled, stretched, dissected and some, completely re-imagined by an eclectic mix of incredible artists. These include some of the current leaders of electronic exploration like Nyege Nyegeís Nihiloxia, Bristolís Giant Swan and Oliver Ho's Broken English Club.

The results are a cauldron of repetitive sounds across two LPs ñ taking in everything from psych, techno, krautrock, afro, noise, dub and all the other ingredients you would expect to find on a compilation released on the ever reliable Rocket Recordings. Each LP is ltd to 500 copies, with only 420 going to record shops (the other 80 are going to all artists/band members involved).