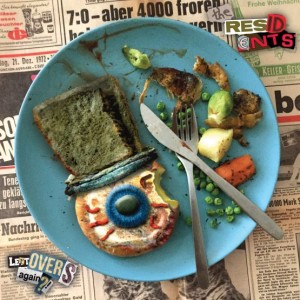 Following the enthusiastic critical and commercial response to their pREServed reissue series, which has produced hundreds of previously unheard recordings from the bandís master tape archive, The Residents now explore the original multitrack tapes for their seminal 1970s output. Produced under lockdown conditions, the group present sixteen never before heard alternate versions, unreleased curios and long-forgotten oddities. Includes an eight minute concentrate of the legendary Rusty Coathangers For The Doctor tape, plus a demo and alternate rendering of the classic Satisfaction single. Part of the ongoing pREServed reissue series, Leftovers Again?!? is, we are told, a small taste of further album-by-album multitrack explorations the group intend to present at some as-yet undisclosed point in the future.

Leafcutter JohnYes! Come Parade With Us