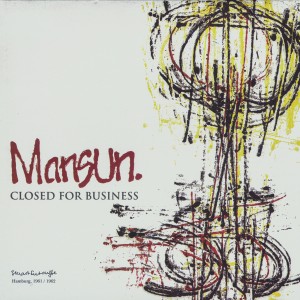 
MANSUN 'CLOSED FOR BUSINESS' COLOUR 12" COLLECTING RARE TRACKS FROM THE SEVEN EP FOR THE FIRST TIME ON VINYL.EXCLUSIVELY FOR RECORD STORE DAY FOLLOWING CAREER SPANNING BOXSET. 2020 saw the release of the critically acclaimed career spanning 25-disc box set 'Closed For Business'. Following on from this set is another treat for fans with more rarities released for Record Store Day 2021.This new 12" brings together tracks previously available across the formats for the bands 'Seven EP' release in 1997. The music on the EP reveals a transitional sound for the band, in which the club-crossover brit-pop style of their earliest work is left behind in favour of a more organic sound, one closer to progressive rock and post punk. It also features the first collaboration between the group and Magazine frontman Howard Devoto in 'Everyone Must Win'. Closed For Business (Seven EP)' is released on 12" vinyl for RSD21 through Kscope on 12th June 2021