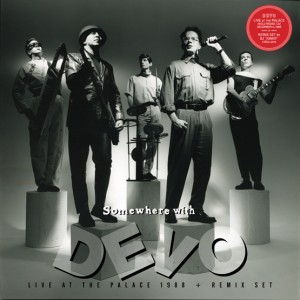 The "Somewhere With Devo" suite was performed live, one night only, as the encore of the band's Total Devo concert at The Palace in Hollywood, CA on December 9, 1988. The Devo re-mix set by DJ Kinky from 2010, also included here, was never released previously.